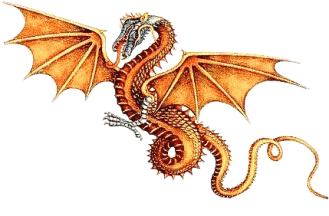 Boxes lay along the curved perimeter of the silvery dock. A slender figure darted around them, stacking smaller boxes on medium, turning some toward the shoreline.  The healer and her intern had placed three large boxes on the further, forested side, long before the observers had arrived. The dock rocked, slapping the water; the beasts were restless.

Twelve boxes total, counting the one in her belly pocket.

The crowd quieted as dawn softened, red to apricot.

She raised her arms. “Z!” The intern unlatched the largest box and stepped back as a silky black panther padded toward the trees.

He turned his head once, flashed his canines in farewell and disappeared into the shadows.

“X?” The healer waved the intern aside and approached the last large box. It was oversized for the animal inside. “I have hopes for you, Margay, that you find others of your kind and a family of your own. Go in peace and blessings.”  With quiet fingers, she unlatched the gate and lifted the door upward.

The observers leaned forward and held a collective breath. The skills of this Healer often brought breeds for local view that even the rich couldn’t obtain from their wildlife journeys. The locals could afford the wait; their patience was always rewarded.

A scrabble of claws on wood broke the silence, and a blur of brown and black spots with white underbelly shot out of the box and launched itself at the nearest tree. Those looking at the right time noticed black ears with a white dot on each, followed by a thick black and gray striped tail, before the small wildcat scrambled up the trunk with a shimmy of branches. Those who blinked missed it.

The healer turned to the crowd and smiled, “That looks promising.”

The crowd laughed. A woman rocked and crooned a lullaby to her baby, held to her breast by a bright-striped manta.

“Proceed with WV, Kevin,” the healer pointed to a mid-sized box pulled to the edge of the dock. “I don’t think she’ll let us touch her, either.”

The intern nodded and slid a panel up on the box’s side. A rustling, rasping sound preceded a triangular head, followed by a thick, ropey body banded with dark splotches. Kevin reached down and let her length run under his palm. She hissed and twisted, revealing golden scales on her belly, then wrapped around his wrist once before dropping into the water and gliding across the surface of the lake. Kevin raised an eyebrow to his teacher and smirked.

UT and SR were uneventful. The mink and raccoon had been quickly and easily healed and had formed no particular attachment. Their minds were beyond release, and focused on the treasures they might find in the shallows. They were hungry.

It took both healer and intern to lift QP out of his box and set him on the dock’s edge. He’d fallen down a waterfall and broken his shell, and had calmly accepted the months it took for the shell to grow back together, once they’d wired all the separate pieces in place. As with many giant tortoises, he was in no great hurry to move along. He stretched his neck over the reflective lake, then drew head and limbs into the dark shelter of his home.

The crowd sighed and turned its attention to the next mid-sized box, to the knocking and sharp black beak that poked through its slats.

“Aw, that’s just a crow!” shouted a dirty-faced boy. “Show us something special.”

“Patience, my dear,” murmured the healer as she swung open the box’s top. In a louder voice, she remarked, “ON is not a crow, but a raven– a much larger, much more intelligent beast.”

The crowd laughed as the raven dive-bombed the child—Mickey needed a bit more guidance, after all—and with a derisive flap, settled on the tortoise’s back.

“I like to think all these creatures are special, Mickey,” remarked the healer. “You have only to take the time to watch and know them.”

“This next group, MLK, was brought to us by Leo and Marna,” Kevin smiled and nodded to an older, childless couple. “Since you brought these hatchlings in after the big windstorm, we thought you might like to release them.” The couple made their way through the crowd.

“Just squeeze these two levers together to release the door,” whispered the intern to Marna. “And stand back a little.” She laughed as the door swung open and a half dozen short-beaked finches swooped around her head and took to the sky in a flurry of red crest and collar, and pale brown wings.

“Leo, come help me with JIH,” the healer called, her hand on another mid-sized box. The man bobbed his head and clumped over in heavy leather boots, running a gnarled hand over his thin black hair.

She turned to the observers. “As we close our release ceremony today, I’ll ask you to be quiet and give this one a moment to collect himself. We opened him up when he’d swallowed a fish hook, and were surprised at all the other plastics and metals he’d managed to eat. He survived the surgery, and takes life with a bit more caution.”

Leo knelt by the box and found the catch. Releasing it, he sat back on his heels and let the door yawn open. The observers inhaled as one as a green-backed heron swooped out of the box, his wings stroking the sky as he looped upward and across an inlet to rest in a tall tree. The observers sighed in awe and applauded.

“You might not often notice him because unlike most herons, he’s dark, with those rusty chest feathers and collar, but you can’t miss those short, bright orange legs! We’re glad somebody noticed him and brought him to our hospital.” The healer turned back to the crowd. “Thank you all for coming. We’ll let you know when our next release will be. Kevin will be around for awhile to answer any questions.”

The crowd dispersed, some to walk back to town, others to assist Kevin in hauling the now-empty boxes to the horse and wagon. A morning well spent, she thought with satisfaction. The townspeople had connected with the animals, and would be more supportive of the animal rehabilitation hospital, with supplies and shelter. Public relations was not her favorite part of the job, but utterly necessary for the survival of the wild folk.

She felt a tug on her coat, and turned to find Mickey standing behind her, a nine inch high box in his arms.

“You forgot one. GFEDCBA!” his eyes twinkled and he shook the box. Something rattled and growled.

“What’s in the box? Can I help you with this one?”

She threw back her head and laughed. Of course. It made perfect sense.

“Follow me.” She jumped off the deck and started into the woods by the inlet. “And for Goddess sake, be careful! You’re holding a living creature!”

He jogged after her as she led him deeper into the woods, crossing and recrossing their path until they were nearly back to where they had started.

“Aren’t we far enough into the woods yet?” Mickey panted. “I’m not going any further!” He set the box down and planted his bottom on top of it.

The healer snickered to herself and turned to the boy, “It just so happens that you’re exactly where you’re supposed to be. Open the box for GFE, and let that tiny creature free.”

He pulled the wooden peg out of the hasp and lifted it back upon itself. The door dropped open like the drawbridge to a castle. A tiny, hairy little man ran out on the door, turned and shook his fist at Mickey. The boy’s jaw dropped and the little man shrieked, turned his back on him, lifted his tail, and farted. Mickey fell backwards and his head hit the soft ground.

The healer walked past the boy, making sure he’d passed out from the fumes.

The healer laughed and nodded.

“Sounds like a perfect match,” Kevin chuckled. “I’ll wait on the boy and bring him home.”

She ducked her head and cupped the small box in her belly pocket, keeping it warm. DCBA would not be ready for release for a least another three moons, when its wings had fully formed and it could spark enough flame to keep a predator at bay.

Carrot Ranch Prompt (08/31/2017): In 99 words (no more, no less) write a story that includes a speller. You can deviate from the primary meaning if magic catches your imagination. Go where the prompt leads. 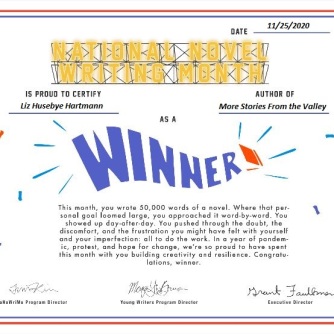 Poetry and Commentary that Smells

A dose of fetish. Good friends. An incomparable muse.

I Want to Change the World but Don't Know How

“Beauty was not simply something to behold; it was something one could do.” – Toni Morrison