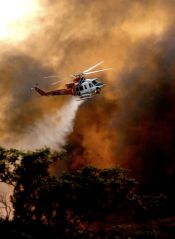 Twin-bladed helicopters dumped the bright red slurry (water and fertilizer) on the manically dancing flames, then swooped through the smoky haze to the reservoir, to refill for another drop. Even with no wind, the wildfire gobbled the grassy plain, unsated by the acres of forest and homes already consumed.

On the ground, crews dug trenches, controlled burns, and kept chainsaws roaring, hoping that the scar of a firebreak would choke out the raging fire.

“Not me!” grinned Holly. “I’ve been training for this all of my life.”

“You think you’re such a hotshot, don’t you?” Her father sneered.

“It’s the booze talking,” Holly reminded herself. Unwilling to add fuel to his rage, she swallowed her hurt in silence.

“Don’t you?” he lurched towards her. Pushing the coffee table between them, she grabbed her bag and slipped out the open door.

“You’re nothing, slut. Just like your mother!” He snarled from the floor. “You leave now, don’t ever come back.”

“He won’t remember, when he’s sober. But I’ll never forget.”

Time to cut and run; she patted her pocket with the letter from the Wildland Firefighter Academy.

(Honored to have been chosen Judge’s second favorite in fiction) 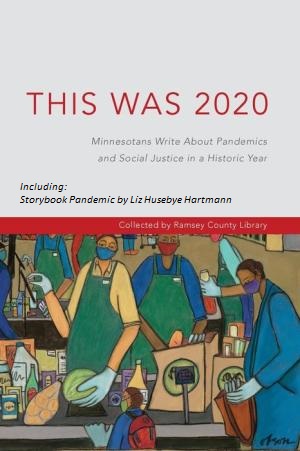 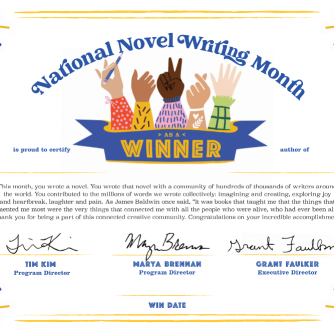 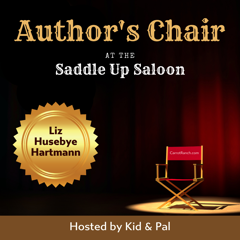 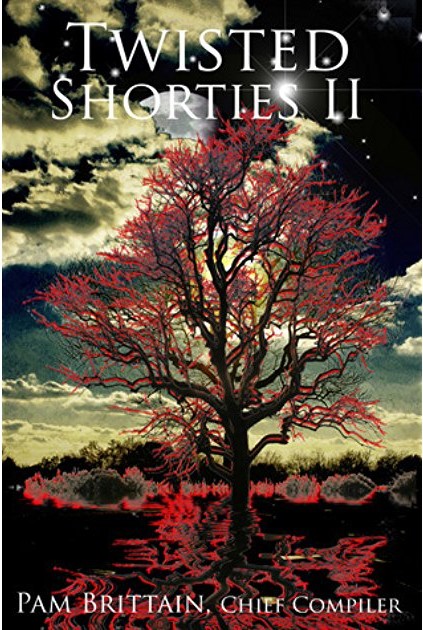 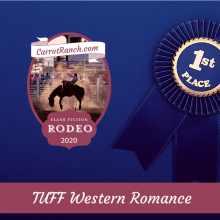 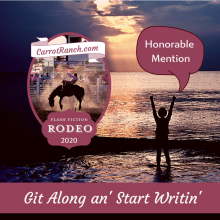 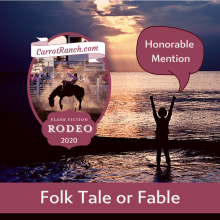 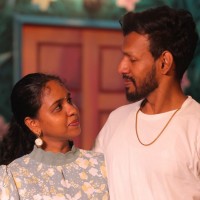 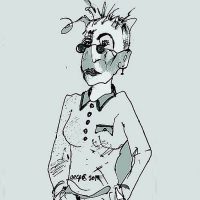 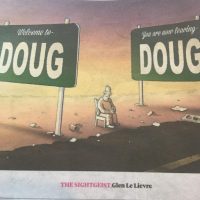